Long, fascinating read about the Navy SEAL who shot Osama bin Laden, and where he is in life now. One of the more entertaining moments was this bit about Metallica being Metallica:

It is important to him to stress that no women or children were killed in that raid. He also insists that when it came to interrogation, repetitive questioning and leveraging fear was as aggressive as he’d go. “When we first started the war in Iraq, we were using Metallica music to soften people up before we interrogated them,” the Shooter says. “Metallica got wind of this and they said, ‘Hey, please don’t use our music because we don’t want to promote violence.’ I thought, Dude, you have an album called Kill ‘Em All.

“But we stopped using their music, and then a band called Demon Hunter got in touch and said, ‘We’re all about promoting what you do.’ They sent us CDs and patches. I wore my Demon Hunter patch on every mission. I wore it when I blasted bin Laden.”

Link: Coming Out of the Locker Room Ghetto

Fantastic column from the Kareem Abdul-Jabbar defending–maybe defining, actually–his position as a living part of pop culture for 50 years. He's written books, been an activist, an advocate, and an actor. The man can do what he wants.

Plus, he can fly a plane.

Link: Google’s Iterations Must Be Working

A nice, reasonable post by Matthew Moore on “almost flat design” that touches on the idea that Google’s visual language is what's really working. (I’m using visual language to be nitpicky, but I don't want to call it design—because to me, the design is also how it works, and some of Google’s apps seem a little behind in performance.) Apple's language (mislabeled skeuomorphism aside) feels a little old, and Windows feels like a concept, not an OS. But Google, through secret design missions or iteration, has pulled into the lead. For now.

Guess what, folks? It's AMERICAN Airlines. If they want to wave the American flag in your face and blow your nose with it they are the one airline that can do it and have a damn good excuse for it.

Without even paying attention, I've already seen several people dismiss this rebranding, but I agree with the overall sentiment of BOTH Brand New articles. No rebrand is going to make all these damn designers happy, especially if you're rebranding an iconic mark (regardless that it looks super old), and, of course, because it uses Helvetica. Get over it. The people will like it, because the old mark represented a terrible airline.

Link: Would You Say It To Their Face?

That new feature you’re trashing was likely designed and developed by a small handful of people sitting together at a table trying to make the best decision they’re capable of…and those people are listening (and so is everyone else).

Basically, just don't be a dick. 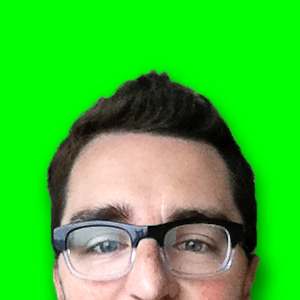